Digitify
HomeWorldWhat is NATO and Why is NATO not Imposing No-fly Zone in...
WorldUkraine Russia War 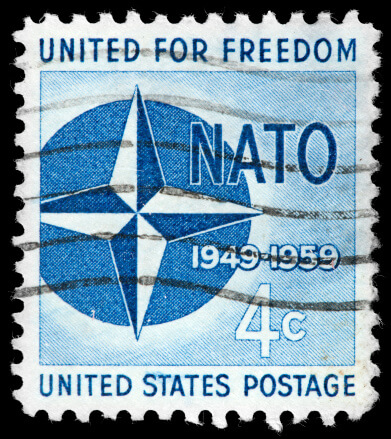 The 30 member countries of NATO met in Brussels to discuss the alliance’s next steps in Ukraine. Diplomatic efforts have failed to end chaos in the country. Why is NATO not Imposing No-fly Zone in Ukraine?

The North Atlantic Treaty Organization also called the North Atlantic Alliance, is an intergovernmental military alliance among 28 European countries and 2 North American countries. Established in the aftermath of World War II. The members of agree to come to one another’s aid in the event of an armed attack against any one member state.

Its aim was originally to counter the threat of post-war Russian expansion in Europe.

Why isn’t Ukraine a member of NATO?

NATO originally offered Ukraine eventual membership back in 2008, and after Russia’s annexation of Crimea in 2014, Ukraine made joining NATO a priority.

But this hasn’t happened, mainly because of Russia’s long-standing opposition to such a move.

Russia fears NATO is encroaching on its territory by taking on new members in eastern Europe, and that admitting Ukraine would bring NATO forces into its backyard.

Ukraine’s President Zelenskyy has now accepted his country cannot join NATO at present, saying: “It is clear that Ukraine is not a member of NATO. We understand this.”

The UK Prime Minister Boris Johnson made the same point, saying, “There is no way Ukraine is going to join NATO any time soon”.

One of Russia’s demands before the invasion was that Ukraine should never be allowed to join – something the alliance had refused to support.

Why is NATO not Imposing No-fly Zone in Ukraine?

What is a No-fly Zone?

A no-fly zone is an area where certain aircraft cannot fly for any number of reasons. In the context of a conflict such as the one in Ukraine, it would probably mean a zone in which Russian planes were not allowed to fly, to prevent them from carrying out airstrikes against Ukraine.

NATO has imposed no-fly zones in non-member countries before, including Bosnia and Libya. However, it is always a controversial move because it means getting semi-involved in a conflict without fully committing ground forces.

What would happen if NATO imposed a no-fly zone?

The problem with military no-fly zones is that they have to be enforced by military power. If a Russian aircraft flew into a NATO no-fly zone, then NATO forces would have to take action against that aircraft. Those measures could include shooting the plane from the sky. That would, in Russia’s eyes, be an act of war by NATO and would likely escalate the conflict.

Why is NATO not Imposing No-fly Zone in Ukraine?

Neither Ukraine nor Russia is a member of NATO. Putin clearly sees NATO as a direct threat to his authority and has recently criticized its expansion toward Russia, using it as justification for his invasion of Ukraine.

As a result, NATO is extremely reluctant to become directly involved in the Ukraine conflict with a rival nuclear power. While it supports Ukraine’s resistance and recognizes Putin’s actions as an invasion of a sovereign nation, the alliance is simply not prepared to do anything that could be interpreted as a direct act of war on Russia and risk an escalation that could lead to the use of nuclear weapons.

History of Ukraine and NATO