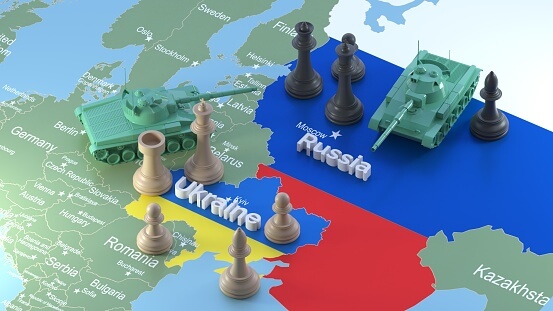 After Russia invaded people of Ukraine are fleeing to the Central European Counties in large numbers.

People in Europe are requesting their authorities to repel Russia’s invasion of Ukraine.

People arrived from Ukraine to Slovakia at a border crossing in Velke Slemence, Slovakia, on February 24, 2022, after Russia launched a substantial military assault against Ukraine.

Countries throughout the world have imposed sanctions on Russia in one or another way.

Poland was one of the first countries which announced last month that it is ready to house up to 1 million Ukrainian migrants in hostels, dorms, and sports facilities if required.

Nearby Romania, Hungry, Slovakia and the Czech Republic are the key recipients and anticipate thousands of migrants.

One Ukrainian said, “I Don’t Know Where To Go and What To Do.”

Humanity is united in these challenging times in support of the people of Ukraine.

the3millions joined more than 50 non-governmental organizations in pushing the government to safeguard those fleeing violence in Ukraine.