Netherlands’ Amsterdam indeed is the most famous tourist spot around the country. From museums to historical canals and parks to cruises, Amsterdam is rich in each and everything to become a center point of attraction among travelers and travel buddies.

Nothing can beat the level of an enchanting and mesmerizing tour that Canal Cruise provides towards the heart of the city. Settled up in the 17th century, Canal Cruise is such a glorifying way to discover the whole city while floating in the water.

Exploring Amsterdam on these boats with the facilities of one-hour sightseeing to the romantic candlelight dinner, witnessing sparkling night throughout the belt are the moments that will remain forever in the memory.

Being the house of around 8,000 arts and historical artifacts, Rijksmuseum is the major point of attraction among art enthusiastic for the past 200 years.

Including famous painter’s paintings like Frans Hal, Vermeer, and Rembrandt, the museum is rich in giving satisfying relaxations to the visitors in the museum’s garden situated in the premise where beautiful sculptures and temporary exhibitions are held in spring and autumn seasons that add-ups the glow.

Artifacts, paintings, sculptures, and clothing that the museum contains reflect 800+ years of Dutch history because all of them are of the time when Dutch people were traveling all around the globe to collect such masterpieces to their collections.

With the size of 120 acres, Vondelpark is the most famous park in Amsterdam named after the famous poet and playwright Joost van den Vondel, dating back to the 17th century. Vondelpark is rich in creating memories with its Open-Air theatre, Cafeterias offering delicious foods, and Children’s playground.

Park also includes dog-walking, cycling, relaxing points where people can just lay down to feel the warmth, and jogging that acts as refreshments to the inner soul. Free concerts that are held every weekend add more attractiveness to the park which results in yearly visitors of more than 10 million which creates Vondelpark as the most famous park among 30+ parks in Amsterdam.

Van Gogh Museum was named after the famous painter Vincent Van Gogh, the museum is the home of numerous paintings, illustrations, and writings of the poet having its location at the Museum Square in the southern part of the city.

The museum contains every detail of the poet’s life that includes – his Letters, his Inspirations and Inspirational entities, 200+ paintings, 500+ drawings, and 700+ letters that are indeed not less than a full biography.

Renovated and updated several times in its lifespan to keep it fresh and attractive, Van Gogh Museum was opened in 1973 and now provides workshops for children and provides space to the artists from multiple fields to express their work and creativity.

The museum is not less than a fortune and inspiration for the artists and also, it is a hub of creativity and history of the poet as well the Dutch History too that add-ups with numerous paintings, drawings, and letters.

Being heaven for beer lovers, Amsterdam is also known for its crafted beers and beer-tasting culture dating back from the past. From bitter to white and from black to fruity, several varieties of beers are available in Amsterdam due to the presence of Blueberries in large quantities around the city.

Even Beer festival is celebrated thrice in a year with many pubs offering national and international tastings of the Dutch beers which allocate them a mark of the most beer-loving country by surpassing Belgium in the world.

House that was rented by her father Mr. Otto Frank in 1940 became their hiding spot for 2 years at the time of Nazi rule is now converted into a museum to elaborate on what Anne Frank had dealt with till her death in the holocaust.

House perfectly showcases the journey of the writer during those terrible days with the story of how they were unseen for 2 years by the Nazis. House contains a disguised bookshelf, secret showcase, and bedroom still un-touch and un-ruined that helped them (a Jewish family) to hide from Nazis for 2 years.

The museum contains many fascinating items such as – Jewellery, Fabrics, and Furniture that take travelers and visitors into the history of Modern Art. Catalog of posters, books are also available in huge varieties in the local shops of the museum and also contains several top-notch sculptures, photography, and graphic designs as well.

Being the world’s only floating flower market, Bloemenmarkt is the flower market that is floating in the southern part of the Singel containing every flower. Tulips of every color, varieties of global flowers, Christmas trees during Christmas, gardening essentials, and seeds for the garden, all are available here in the Bloemenmarkt that makes it a hub of flowers, trees, and plants.

Bloemenmarkt is also termed as the colorful market due to several small shops floating on the barges that make them the unique one in the whole world.

Representing a relaxed and vibrant Dutch attitude, Albert Cupymarkt is the most famous and largest market in the country. From essential accessories, clothes, home utilities, a handmade ornament to everything that a person requires, is available in the Albert Cupymarkt.

Products in the market are having nominal and affordable prices with dynamic discounts and offer in foods as well. Albert Cupymarkt is open for 6 days a week and attracts customers due to their wide variety of products with nominal prices.

Constructed in the 17th Century with the vision of providing houses to the new workers in the city and as the time passed and vision updated, Jordan is now the home of several antique shops, art galleries, bars, and restaurants.

Jordan is also known as the district of the working-class due to being the busiest district in the whole of Amsterdam. It is the house of many beautiful independent house galleries, fashionable bars, and restaurants that become a major aspect to make a person’s day a delightful one at the time of their walk in the district.

Amsterdam is the best place to hang out with friends, a personal and productive space with your loved ones, and also, an amazing spot for travel buddies. Before planning a trip, do check the 2022 guidelines for Covid-19 for your safety. 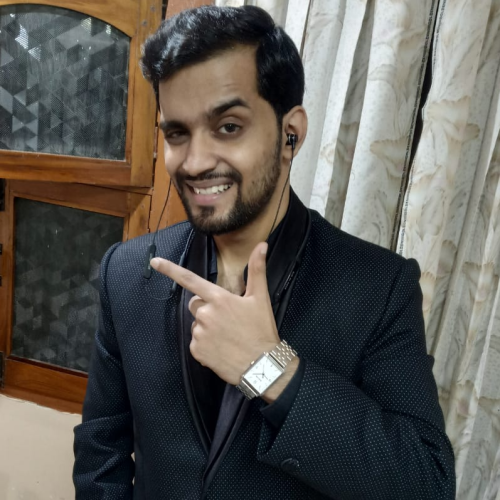 Best Holiday Package in The Netherlands