Taxes in The Netherlands: Be Aware of Your Taxes in 2022 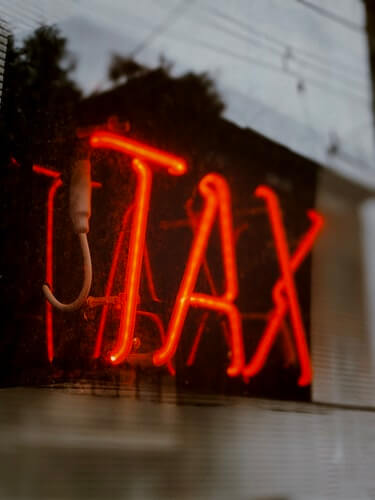 You will be required to pay income tax in the Netherlands if you live in the country or get income from it. In the Netherlands, you pay taxes on your earnings, financial interests in a company, and savings and investments. Income tax is collected by the Tax and Customs Administration. It spends tax dollars on roads, benefits, and the judiciary.

The Beginning of the Taxes in The Netherlands

The connection of people with taxes in the Netherlands is centuries old. People have been paying taxes for centuries. In the 18th century, the Dutch government was assured of income by taking tax on necessary goods like firewood, soap, salt, grain, meat, wine, coal and wool. Back then, people used to pay the same amount of taxes, regardless of their income.

Then, in 1806, Alexander Gogel, Minister of Finance, introduced a system of general taxes and in1914 income tax (inkomstenbelasting) was introduced. The purpose of this tax is to tax people according to their income. The more money you make, the more tax you have to pay.

Before starting the tax paying process, you must have knowledge about a few tax forms and their use according to your personal situation.

Tax forms in the Netherlands for tax payers

It is for the people who have lived in the Netherlands for the entire fiscal year and are having a regular income (residents).

It is a simplified P form that only mentions the basics.

This is for those who don’t live in the Netherlands at the moment, but earn Dutch income (non-resident taxpayers).

This form is for the self-employed professionals.

This form is for relatives of a deceased person.

The whole tax system is defined in terms of Boxes in Netherlands. The income is differentiated in terms of boxes and taxes are paid according to the levels set for each income box.

Box 1 comprises the income from:

Exemption: In some cases, the income can go tax-free under certain strict rules. Which are:

Box 3 covers income from assets such as savings and investments. The value of your assets, minus debts, is calculated once annually, on January 1, to determine your net capital value. Everyone is entitled to an amount of tax-free capital (heffingsvrij vermogen).

The 30% ruling is a tax incentive for foreign employees who bring specific skills to the Netherlands. The benefit is calculated based on their gross annual salary. From this total amount, 30% of the amount is free from income tax. Furthermore, except for pension premiums, all other bonuses, holiday allowance, other benefits fall under the 30% ruling.

The 30% ruling is coordinated and supervised by the Belastingdienst, and the employer must agree that the 30% ruling applies to the situation of the employee before the start of your application procedure. In January 2019, the duration of the 30% ruling reduced from eight to five years. This benefit proves to be very beneficial to people from outside the Netherlands.

To know about how to file tax return in Netherlands, Visit, Know your Finances: A guide on How to do taxes in the Netherlands.

Previous articleA Guide on How to Avoid Tax Fines from Belastingdienst
Next articleHow to Post on Instagram From Computer? Explained in 4 Easy Steps