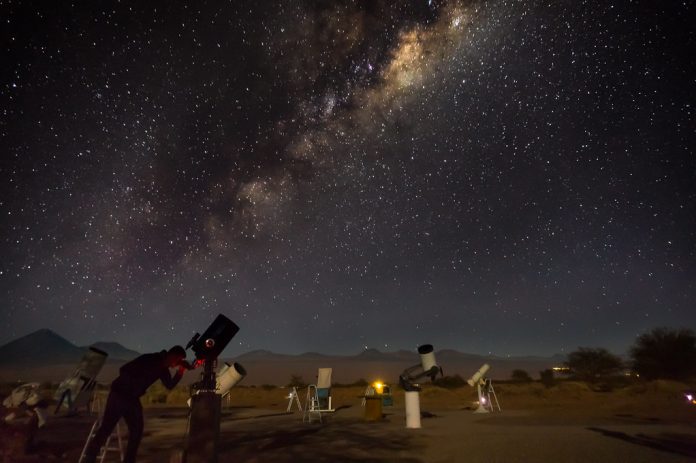 Stars have always been an integral part of our lives and that’s why Stargazers In Netherlands always have the best view. Be it in astrology (for the believers) or in astronomy, stars have their special place in the lives of people from different horizons.

Even in the bygone days stars and the moonlight served their utter purpose of being a compass for the travellers, considering  the fact  that there were no Google Maps back then (ahh! can’t imagine travelling without  it).

Talking about travelling, with the on-going Covid-19 situation, it is still not preferable to travel countries to watch the amazement that the world beholds. However, you can still have that amusement you are looking for by exploring the shimmery sky near your own place.

So, pick-up your snacks, gather your gang and head up to see a relaxing sky full of stars. Here are a few beautiful stargazing spots you can find in Netherlands.

Luckily, in Netherlands along with other star gazing spots, we have two official Dark Sky Parks. These are the darkest spots of Netherlands, so it’s easy to see the stars on a clear day. You will be able to find both Dark Sky Parks in Friesland region.

This national park in Friesland is with no doubt a great Dark Sky Park. At night, you will enjoy spotting stars in this beautiful part of Netherlands and will definitely be amazed. If you are a true admirer of stars then the Dark Sky Park Lauwersmeer will provide you with a never-forgetting experience of your life. So, if you are planning on having a starry night this should be on the top of your list.

De Boschplaat on the Wadden Island of Terschelling

Among the two Dark Sky Parks in The Netherlands, second can be found on the Wadden Island of Terschelling. The Dark Sky Park is located at the Boschplaat which is at the Eastern side of Terschelling. No matter what time of year it is, you’ll love the beautiful starry skies, darkness and the peace within your mind and soul when you visit it. An amazing thing to notice here is that the people here adjust their lights so as to create the least light pollution, how adorable is that!

Schiermonnikoog is the smallest Wadden Island of The Netherlands and has the darkest skies of The Netherlands. On a clear day you can see the twinkly sky at its best. So take a stroll around this small island and enjoy the peaceful and starry nights.

The Wadden Island of Ameland is great for some stargazing adventures in The Netherlands and one of the most beautiful places in The Netherlands. The light pollution here is at its lowest. So, you can easily spot the Milky Way with the naked eye here. This place is a jackpot for those who are fans of stargazing.

Sometimes we don’t even have a hint that the places around us hold such immense beauty. Now, that you have got the idea, buzz your friends and family, switch on your Google Maps and head towards the best experience you can have in Netherlands.