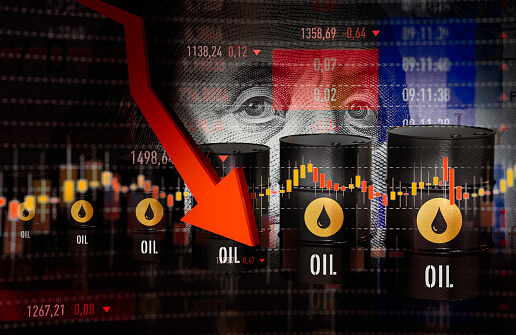 After getting battered by the pandemic, supply chain chokeholds and leaps in prices, the global economy is poised to be sent on yet another unpredictable course by the Russian Invasion of Ukraine 2022.

An outright attack by Russian troops could cause dizzying spikes in energy and food prices, fuel inflation fears and spook investors, a combination that threatens investment and growth in economies around the world.

The assault followed weeks of tensions that already sent tremors through the world economy by ratcheting up energy prices. That accelerated on Thursday. Oil briefly climbed past $100 a barrel for the first time since 2014, while European natural gas jumped as much as 62%.

Households spending an ever-larger chunk of their incomes on fuel and heating will have less cash for other goods and services. Plunging markets would add another drag, hitting wealth and confidence, and making it harder for firms to tap funds for investment.

For central bankers, the twin challenge — of managing prices and keeping their economies growing — will get even harder. The Federal Reserve and European Central Bank have been gearing up to tighten monetary policy. The Russia crisis may force a rethink.

“We are going to see inflation persist and probably see a tightening of monetary policy”,

There are 3 scenarios that come to mind as result of the whole Ukraine-Russia Conflict.

Energy prices are the main channel through which the Ukraine war has an immediate impact far from the frontlines. The risk is especially acute in Europe, because Russia is its main supplier of oil and gas.

Soaring energy costs accounted for more than half the euro area’s record inflation rate in January. European natural-gas futures peaked above 140 euros per megawatt-hour on Thursday, after jumping as much as 62% in the day.

Added to the oil effect, that could leave euro-area inflation touching 3% by year-end. There might be other spillovers too from a sanctions-induced recession in Russia. But the bloc would likely escape recession and an ECB rate hike in December would remain in play.

In the U.S., more expensive gasoline and moderate financial tightening would drag on growth. The country may ship more of its natural gas to Europe, raising prices at home.

Some oil-tanker owners are avoiding taking on Russian crude until they have more clarity on sanctions. Major gas pipelines run through Ukraine and could be hit in the fighting. Even limited disruption to supply could worsen the shock to energy prices.

A sustained return of gas prices to 180 euros a megawatt-hour — the level reached in December — and oil at $120 could leave euro-area inflation close to 4% by year-end, intensifying the real income squeeze. Europe would likely be able to keep the lights on. But there’d be a material hit to GDP, which would push any ECB rate hike well into 2023.

In the U.S., this scenario might push headline inflation to 9% in March and keep it close to 6% by year-end. At the same time, further financial turmoil and a weaker economy, partly due to the European downturn, would leave the Fed conflicted.

3. Cutting Off the Gas

Russia might retaliate by turning off the flow of gas to Europe. EU officials didn’t even consider it last year when they ran a simulation of 19 scenarios to stress-test the bloc’s energy security. The ECB estimates that a 10% gas rationing shock could trim euro-area GDP by 0.7%.

Scaling that figure up to 40% — the share of Europe’s gas that comes from Russia — implies an economic hit of 3%. The actual figure may be significantly higher, given the chaos that such an unprecedented energy crunch would likely set off. That would mean recession, and no ECB rate hikes in the foreseeable future.

For the U.S. the growth shock would be sizeable too. And there could be unintended consequences from maximal sanctions that disrupt the global financial system, with spillovers for U.S. banks. If higher prices led to inflation expectations getting entrenched among consumers and businesses, that would raise the worst-case scenario for monetary policy: the need to tighten aggressively even in a weak economy.

Grains are also important, as Russia and Ukraine are responsible for 30% of global wheat exports. The Black Sea is one of the major distribution channels and Ukraine is also a major producer of corn and barley. This Thursday, grain prices reached their highest levels since July 2012. Economists believe that Western countries can cope with the price rise, even if it increases inflation, but the impact could be devastating for more fragile economies. “An increase in prices or shortages could trigger a crisis in North Africa or the Middle East,” warned Corrales.

For Russia, the real cost “would be corrosive over time and really making it much more difficult to do business with Russian entities and deterring investment.”

Previous articleNATO and how it can affect the Russia-Ukraine War
Next article‘Open the door or we die’, Refugees Face Heart-Wrenching Racism in Ukraine in 2022