Digitify
Home World Ukraine Russia War What is the Origin of Russia-Ukraine Conflict 2022? What do Russia and... 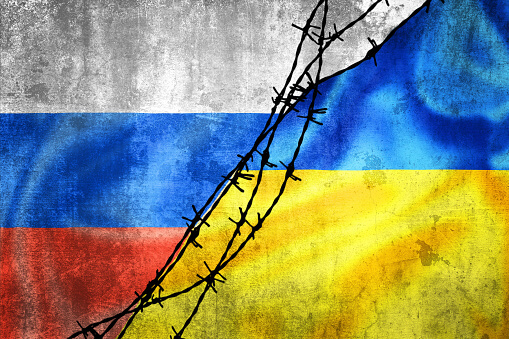 Contents hide
1 The Origin of Russia-Ukraine conflict 2022
2 What happened in 2014?
3 What does Ukraine want?
4 What does Russia want?

The highlight of the year 2022 till now is the conflict going on between Russia and Ukraine. Do you know what happened? Do you know how it happened that today the situation has reached to war? Let’s find out what is the Origin of Russia-Ukraine conflict 2022.

The Origin of Russia-Ukraine conflict 2022

By air, land, and sea, Russia has launched a devastating attack on Ukraine, a European democracy of 44 million people, and its forces are on the outskirts of the capital, Kyiv.

For months, President Vladimir Putin denied he would invade his neighbour, but then he tore up a peace deal, sending forces across borders in Ukraine’s north, east and south.

Ukraine became an independent nation with the fall of the Soviet Union in 1991. It was earlier part of the Russian empire and later became the Soviet Republic and did away with its Russian imperial legacy, thereby forming close ties with the West.

Since its independence, the country is battling corruption and internal divisions. The country’s western side wants integration with the West while the eastern region with Russia.

So, the origin of Russia-Ukraine conflict 2022 happened when Ukrainian President Victor Yanukovych rejected an association agreement with the European Union in favour of closer ties with Moscow. The protestors ousted him in what is known as the Revolution of Dignity. In return, Russia annexed Ukraine’s Crimean Peninsula and backed east Ukraine’s separatist rebellion.

Soon after this, it attacked Donbas, the country’s industrial heartland. Over 14,000 people lost their lives in the armed conflict between the Ukrainian forces and Russia-backed separatists.

Ukraine and the West accused Russia of deploying troops and sending weapons to the rebellions, an allegation that Russia denied. However, Russia strongly criticised the US and North Atlantic Treaty Organization (NATO) for aiding Ukraine with weapons and joint military drills. President Putin too expressed concerns over plans by some NATO members to establish military training centres in Ukraine as it will facilitate military foothold in the region even without Ukraine joining NATO.

Russia in its security demands said that it doesn’t want Ukraine to be a member state of NATO and further want to cease all NATO drills near its borders and withdrawal of NATO troops from central and eastern Europe.  It is to be noted that Ukraine’s admission to NATO would require the unanimous approval of the 30 member states. Also, Russia views Ukraine as part of its “sphere of influence”, a territory, rather than an independent state.

However, the US and NATO have turned down Russia’s demands. The West is backing Ukraine and promised to hit Russia financially if its troops advance to Ukraine.

So, this is how the The Origin of Russia-Ukraine conflict 2022 took place.

This is not the first time tensions between Russia and Ukraine has reached a boiling point. Russia had invaded Ukraine in 2014 when rebels backed by President Putin had seized large swathes of easterrn Ukraine and have fought Ukraine’s army since then. At that time, Russia had annexed Crimea.

As a former Soviet republic Ukraine has deep social and cultural ties with Russia, and Russian is widely spoken there, but ever since Russia invaded in 2014 those relations have frayed.

Russia attacked Ukraine when its pro-Russian president was deposed in early 2014. The war in the east has since claimed more than 14,000 lives.

Russia and Ukraine had signed the Minsk peace accord to halt the armed conflict in east Ukraine, including the Donbas region. But as the conflict has continued, Russia says it is sending “peacekeepers” to the region where the conflict is brewing. The West calls it a smokescreen by Moscow to occupy sovereign territory.

What does Ukraine want?

Ukraine is not a member state of NATO but it aspires to be one. It openly said that it will apply for EU membership in 2024. Before being considered for NATO membership, it needs to phase out corruption and internal divisions prevalent in the region. The present Ukrainian President was elected on the promises of peace in the Donbas region, anti-corruption and economic renewal.

In December last year, NATO Secretary-General Jens Stoltenberg rejected Russian demands to revoke a 2008 commitment to Ukraine that the country would one day become a member. He added that when the time would come, Russia would not be able to veto Ukraine’s accession.

What does Russia want?

“For us it’s absolutely mandatory to ensure Ukraine never, ever becomes a member of Nato.”

Last year, President Putin wrote a long piecedescribing Russians and Ukrainians as “one nation”, and he has described the collapse of the Soviet Union in December 1991 as the “disintegration of historical Russia”.

President Putin has also argued that if Ukraine joined Nato, the alliance might try to recapture Crimea.

Mr Putin wants Nato to remove its forces and military infrastructure from member states that joined the alliance from 1997 and not to deploy “strike weapons near Russia’s borders”. That means Central Europe, Eastern Europe and the Baltics.