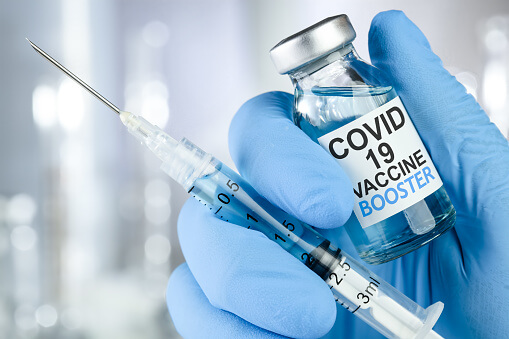 The whole Europe has been facing several outbreaks of Coronavirus in the previous days which has resulted in few Covid-19 Important Travel Rules in the Netherlands by the EU Commission. All the changes are made to achieve safe and free movement through the Europe.

Hugo de Jonge, The Dutch Minister of Health, has announced that starting from February 2022 the country’s authorities will only recognise COVID-19 vaccination certificates that will indicate that the holder has received a booster shot.

This means that the Netherlands will shorten the validity of vaccination certificates from twelve to nine months, and all those who don’t meet this requirement will be required to follow additional entry rules, according to SchengenVisaInfo.com reports.

The decision of the Dutch authorities to shorten the validity of vaccination passes, which will officially enter into force on February 1, follows the recommendation of the European Union Commission to create an individual-based approach and a standard for vaccination certificates acceptance  since the primary vaccination series.

“The nine-month period takes into account the guidance of the European Centre for Disease Prevention and Control (ECDC) on the administration of booster doses as of six months, and provides for an additional period of three months to ensure that national vaccination campaigns can adjust and citizens can have access to boosters.”

In order to ensure a coordinated approach, the Commission guides the Member States to not accept vaccination certificates that have not been issued within nine months. However, the EU Member States need to coordinate on the matter and come forward with a joint decision.

It also urges the Member States to take the necessary steps to make sure that persons whose vaccination certificates approach the nine-month limit have access to vaccination.

So far, several EU countries have already limited the validity of vaccination certificates to a period of nine months, or at least have been considering doing so in the recent weeks, after Europe became once again the epicentre of the Coronavirus pandemic.

Also, the Member States’ representatives have agreed that all those who wish to travel to or within the EU must receive a booster shot nine months after their second vaccine dose in order for their pass to be accepted.

The majority of EU countries already administer booster shots in a large share of their population, in particular senior citizens and those with endangered health.

The Commission, once again, insists that persons holding valid EU Digital COVID Certificate should not be subject to extra restrictions, like tests or quarantine, no matter the country of departure in the EU.

It is believed that those who don’t receive the booster shot will continue to be able to travel within the EU provided that they present a negative COVID-19 test result.

Since getting tested several times a week is not convenient, cost-effective, and safe, the EU authorities are trying to push as many people as possible to get fully vaccinated as well as receive a booster shot that would further protect them from the virus and its new Omicron variant.

Similar to the Netherlands, the Czech Republic’s authorities also announced earlier this week that the validity of COVID-19 vaccination certificates would be reduced to nine months only.