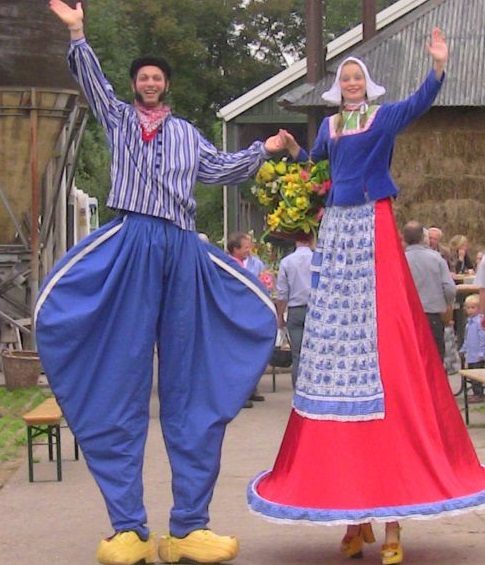 Are you wondering why Dutch are Tallest People in The world? People find it really amusing that the folks of lowlands of Europe i.e., Netherlands are among the tallest people the world has. What’s more surprising is that the Dutch have gone from being among the smallest people in Europe to the largest in the world in the span of a century.

Many researchers have their own theories on this. So, lets dive into this pool of amusement and find out.

Is their height a blessing of Natural Selection?

Many researchers have this theory that the increase in height of the people over the century is mere result of natural selection. So, Natural selection is an evolutionary phenomenon in which organisms better adapted to their environment tend to survive and reproduce progeny prolifically. Evolution is full of surprises!! But this is actually how it works.

In the 18th century, the Americans were the tallest folks and Dutch people that time were among the smallest. Natural selection is a temporary evolutionary change that is now blessing the people of Netherlands.

Height is usually linked to better standards of living. Over the centuries, Netherlands has not only grown height wise but this country has grown in all aspects. It has world-leading healthcare system, low levels of income inequality, active lifestyle and excellent social welfare system. Netherlands is known for its bicycles. It’s a fact that there are more bicycles than people in Netherlands.

If they have so many bikes it means they ride them (yeah, its obvious!!). Riding bikes is often linked to increase in height. So, that can be other possibility. Since, people are living in this perfect nation with better lifestyle they emerge to be better individuals both mentally and physically and tend to give birth to healthy offspring. Thus, we get an entire generation of tall heighted people.

Since, Netherlands has better economy and low levels of income inequality it can be considered that the diet of people here is good. Now the question comes, the diet of people in other countries is also rich in nutrients, then how Dutch are the tallest? Netherlands is among the biggest consumers of milk and cheese in the world.

Milk and cheese are rich in calcium. Calcium builds bone and growth is dependent on having a good supply of that. People of Netherlands have voracious appetite for dairy products and their ardent love for dairy must have helped them get the height they have.