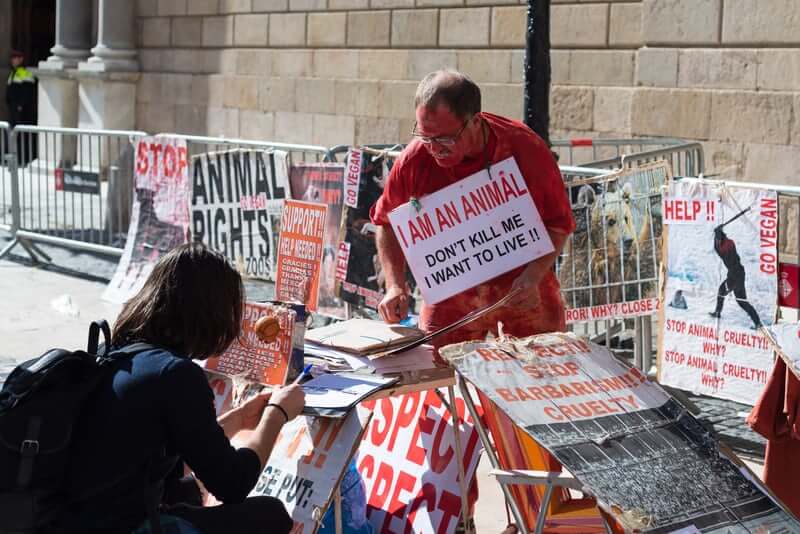 We have been using animals to solve many of our daily agendas. Whether it’s the milk we drink or the leather clothes we wear, they’re all the result of animal labor and cruelty to animals.

Animal Welfare Netherlands: Government introduced Top 7 Important Rules to put an end to it and make the lives of  animals better.

The government lays down rules for the treatment of animals. These rules protect their health and well being. Here are

Cruelty to animals is a crime. ‘Cruelty’ can be physical abuse or failing to take care of an animal properly, such as neglecting or starving an animal.

You can report cruelty to animals to the Netherlands Food and Consumer Product Safety Authority (NVWA) and the police. They are responsible for tackling this form of crime.

In general, it is forbidden by law to mutilate or remove any part of an animal for non-medical reasons. Some procedures are allowed, like ear tagging cattle and pigs.

Scientists can change the genetic make-up of animals (organisms). This is called genetic modification or biotechnology. This type of animal research is only permitted if it:

Animal cloning also falls under biotechnology. Cloning is only permitted for scientific purposes, not for other reasons, such as meat production.

Animals are sometimes used in tests to measure the quality and safety of medications, chemical substances and food. There are strict rules on animal testing. It is against the law to carry out experiments on primates or test cosmetics on animals.

The Animals Act 2011 prohibits causing an animal pain or injury or damaging its health and welfare without reasonable purpose or in excess of what is reasonable for such purpose.

This protection applies to domestic animals, and it is not clear whether it extends to wild animals in the wild or in captivity. The Act also requires citizens to give due care to “helpless” animals, and sets out a duty of care based on the five freedoms principles.

6. The Decree containing rules for keepers of animals

Wild animals, such as lions, bears, elephants, and giraffes, no longer endure extensive travel or life in cramped, poorly-laid-out enclosures for the sole purpose of entertaining humans.

As has been shared before, life for an animal in captivity is not at glamorous as it might appear to be in the ring. Oftentimes, circus animals undergo rigorous training (causing mass amounts of stress) and/or abuse inflicted by trainers seeking to instil fear.

New animal welfare legislation passed by the Senate could ‘put an end to intensive livestock farming’, an agriculture department source has told, and may have consequences for pet owners too.

The new law, which was initiated by the pro-animal Partij voor de Dieren and will come into effect in 2023, stipulates that animals can no longer suffer pain or discomfort when kept in cages or stables, and must be able to display natural behaviour.

“It’s our duty to take care of our animals and thus we must abide by the rules.”

Checkout What is it like to live in the Netherlands in 21st Century? | Quora Answers Explain Step-By-Step

Which Countries Are Members of the EU and EEA?

Digital Leader | Why Netherlands is a Hub of Technological Innovations?