9 Most Beautiful Libraries in the Netherlands 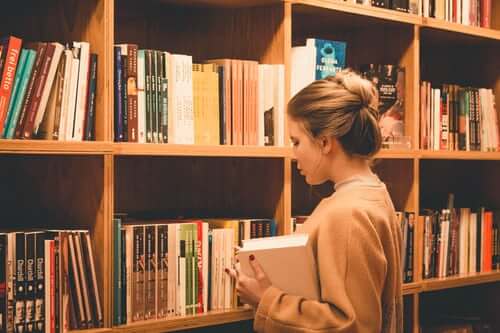 Every city has its fair share of book lovers and it would be injustice to them if there is no library for them. Since, Netherlands care about its people, so there are a handful of libraries one can sit in. Here is the list of 9 most beautiful libraries in the Netherlands.

The inner part of the building complex of the House of Representatives used to house the Ministry of Justice, where you find the striking red former library, more commonly known today as the Old Library.

The Handelingenkamer houses rows of bound books with written reports and minutes. You can find all the written reports of the meetings of both the Senate and the House of Representatives of the past 200 years there — should you ever have the wish.

When the complex was built at the end of the 19th century, there was no electricity. Combustible substances, such as candles and gas lamps, had to be kept away from the library to prevent fires. To allow as much light as possible, the roof was constructed as a leaded glass dome. Although the library is four storeys high, the floors are well lit due to the open cast-iron staircases and balustrades.

The TU Delft Library is one you definitely want to visit on a sunny day because then you can lay on top of the lawn — where it merges into the roof of the building!

The centre of the library houses a huge cone, a symbol of technology depicting what the school is all about. And when you take a peek inside, you can see a gigantic bookcase that runs from the ground floor to the ceiling. In addition to teaching rooms, project rooms and quiet (study) rooms, the TU Delft Library also offers good facilities for small businesses.

With no less than 28,000 square meters, the OBA is the largest library in the Netherlands. Since 1919, the OBA has been where Amsterdam residents congregate for both interaction and personal development.

It’s a stimulating and vibrant place, where the many languages and cultures from the city come together, learn from one another, and discuss matters in the city and the whole country, focusing on social themes such as health, activism, sustainability, etc.

Its attractive because it has beautiful wall poems written and is also a café with the largest collection of magazines ever. The seventh floor, which houses a theatre and a restaurant with a terrace that offers a spectacular view of the entire city.

The modern library building has 300 workplaces, 1,000 seats, several meeting rooms and even a library theatre that hosts events. With 177,000 members, more than 3.5 million visitors and almost 7,000 activities per year, the OBA is the most visited cultural meeting place in Amsterdam.

Reading and borrowing books alone is not enough these days. If there is one library that has understood that, it is the LocHal Library in Tilburg. The building houses a new kind of hybrid library: a place for visitors to view and borrow books and other kinds of media and collectables.

The Tilburg library is housed in a former locomotive shed in the railway zone next to the Central Station, an area that has been transformed step by step into a new heart of the city. Large open spaces and floor areas are in line with the heritage value of the monumental hall and with the idea of an ‘open library.

The glass and steel building still retains the industrial character of years past. For example, the original floor — with grease pits and rails — has been well preserved. And many materials used in the building were recycled.

The building has won numerous awards. In 2019, it was declared the best building in the world!

The idea behind the design of this special library — and school — is almost like a mega tent in a dune. The wooden and glass building has a large canopy, the side elevations are tapered, and the colours match the surrounding pine trees.

The colours in the building were not chosen randomly. The aerial pictures of Vlieland were used for the colour of the floors, and the greenery of the surrounding woods and different colours of the beach and dunes can also be seen in the building.

The Boekenberg’s shape with its characteristic gabled roof is inspired by a barn, referring to the agricultural past of Spijkenisse. This also applies to the interior, with the red bricks evenly laid on the floor and the bookshelves that meander through the entire library.

When you stand outside the library, you can see the books through the glass walls, and once inside, you see how cool it is that the terraces with bookcases literally form a mountain of books.

The way upstairs leads past a coffee corner, nice seating areas, and lots of greenery. This is a building that basically beckons you to come and read.

This beautiful library is located in the former palace of Louis Napoleon. The King had the palace built in 1807 when he moved from The Hague to Utrecht to escape the sea breeze, which he said was bad for his skin. It became a 30 meter long Grande Galerie with a ballroom, two salons and a court chapel. But this stately, stylish building soon housed the library of Utrecht University.

The University Library today owns a collection of manuscripts, early printed books and maps, which are housed in the Special Collections section. Among the manuscripts are about 700 medieval manuscripts, 1000 manuscripts from after the Middle Ages, the Utrecht Organ Archive, written lecture notes from the 16th century, and so m

“If you have a garden in your library, you will want for nothing” (Cicero, 106–42 BC). This saying from the Roman statesman hangs in this beautiful library in Schiedam.

The main branch of the Schiedam Library is located in the historic Korenbeurs. The former merchant’s fair from 1792 was built under the guidance of Giovanni Giudici, an Italian architect who lived in the Netherlands. He clearly chose the style of classicism; buildings in that style are somewhat reminiscent of a temple.

The Korenbeurs is a place to enjoy some peace and quiet, a good book, a delicious cup of coffee, and of course, a hearty snack! You can see statues of Mercury and Neptune at the top of the sandstone facade. And on top of the building is a wooden bell tower.

A lot is popular about the Rijksmuseum, but few people actually know that it also has a library. One of the most impressive spaces in the Rijksmuseum in Amsterdam, designed by Pierre Cuypers, is the high, monumental library hall: the Cuypers Library.

As visitors wander through the Rijksmuseum, they are bound to pass this great 19th-century reading room. Tourists, students, and art historians are encouraged to visit and immerse themselves in the unique collection of the Rijksmuseum’s Cuyper Library.

A cast-iron spiral staircase gives access to four galleries as light enters through the frosted glass of a roof truss. The walls and ceilings used to be elaborately decorated until they were painted over in 1921.

These libraries in the Netherlands have an impressive collection of rare books, artworks, and countless collections of objects that tell the stories of different cities, their origins, and their inhabitants. From historic university libraries to the most special public spaces. They’re all worth a visit, and you may even be inspired to check out a book! They are a paradise for bookworms!!!

Since, Netherlands has such a good environment for Bookworms one can think of reasons “Why Netherlands attracts international students?”